Service goes up and mercy flows down. This was more than evident on September the 1st, 2018, when Lord Krishna showered his mercy on a small group of devotees in New Zealand who had worked hard to please Him. They were rewarded with an ebullient group of participants who thronged the venue for their second Janmastami outreach program. 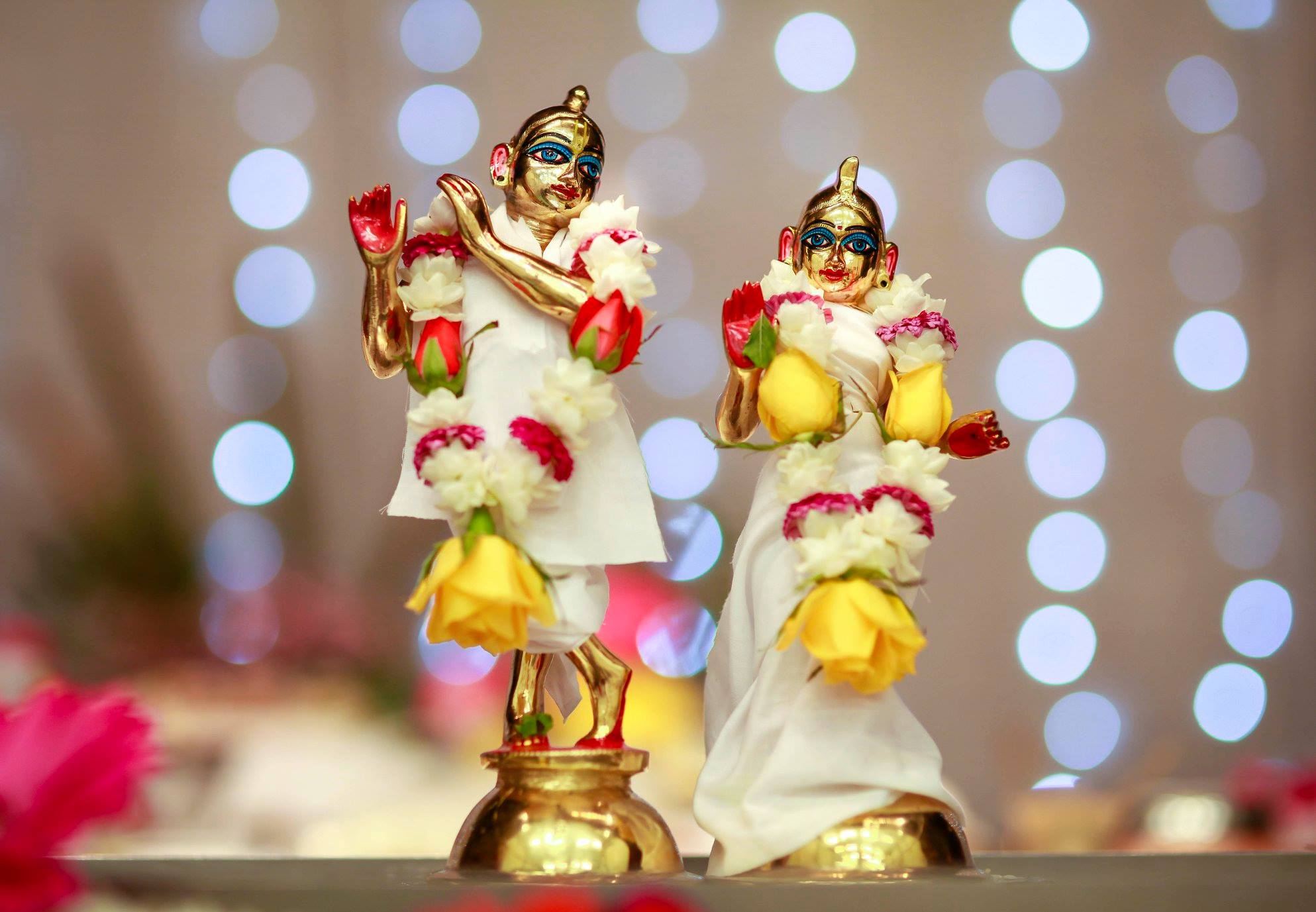 The outreach program was conducted by the Journey of Self Discovery Trust at Epuni hall in Lower Hutt city in Wellington. The community hall was packed to the hilt with more than 350 participants, with registrations closing in less than two days due to the high demand.

The program started at 5pm on a Saturday evening with the abhishekam of Sri Sri Radha Krishna, accompanied by melodious kirtan. This was followed by a lecture by H.G. Ambarish Maharaj das who spoke about the dharma that Lord Krishna comes to establish – which is to surrender unto Him. He also spoke about the 4 platforms of worship – Fear, Desire, Duty & Love; involving the audience in an interactive session of Q&A to communicate Krishna Conscious knowledge while rewarding individual members with prizes for correct answers. 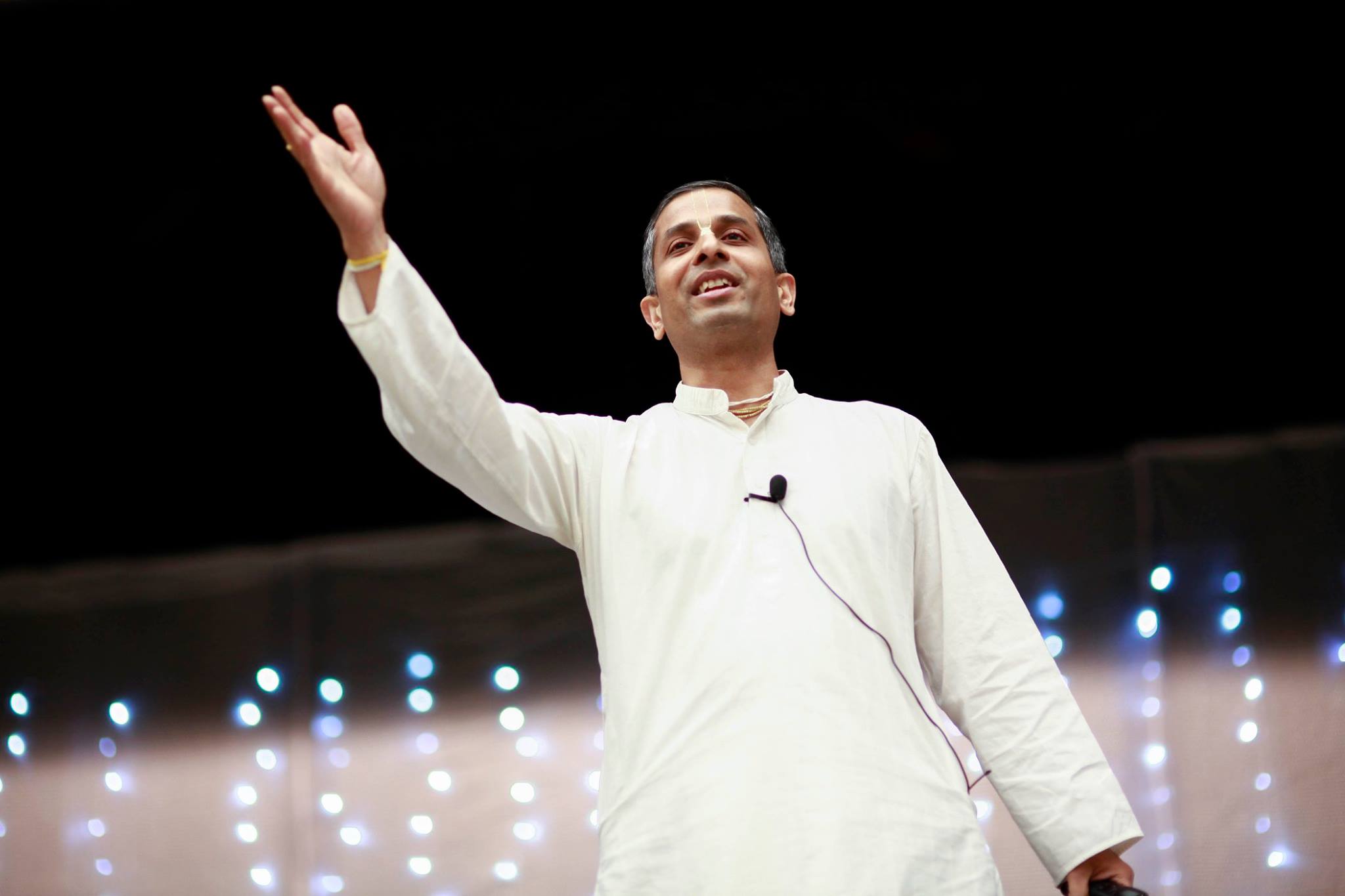 Children who arrived early to the program were treated to face painting and mehndi. The “Selfie with Krishna” activity was once again well received by kids who posed with a beautiful and elegantly dressed 9-year old Lord Krishna. However, the devotee children were also the stars of the event as they put up two brilliant stage performances. 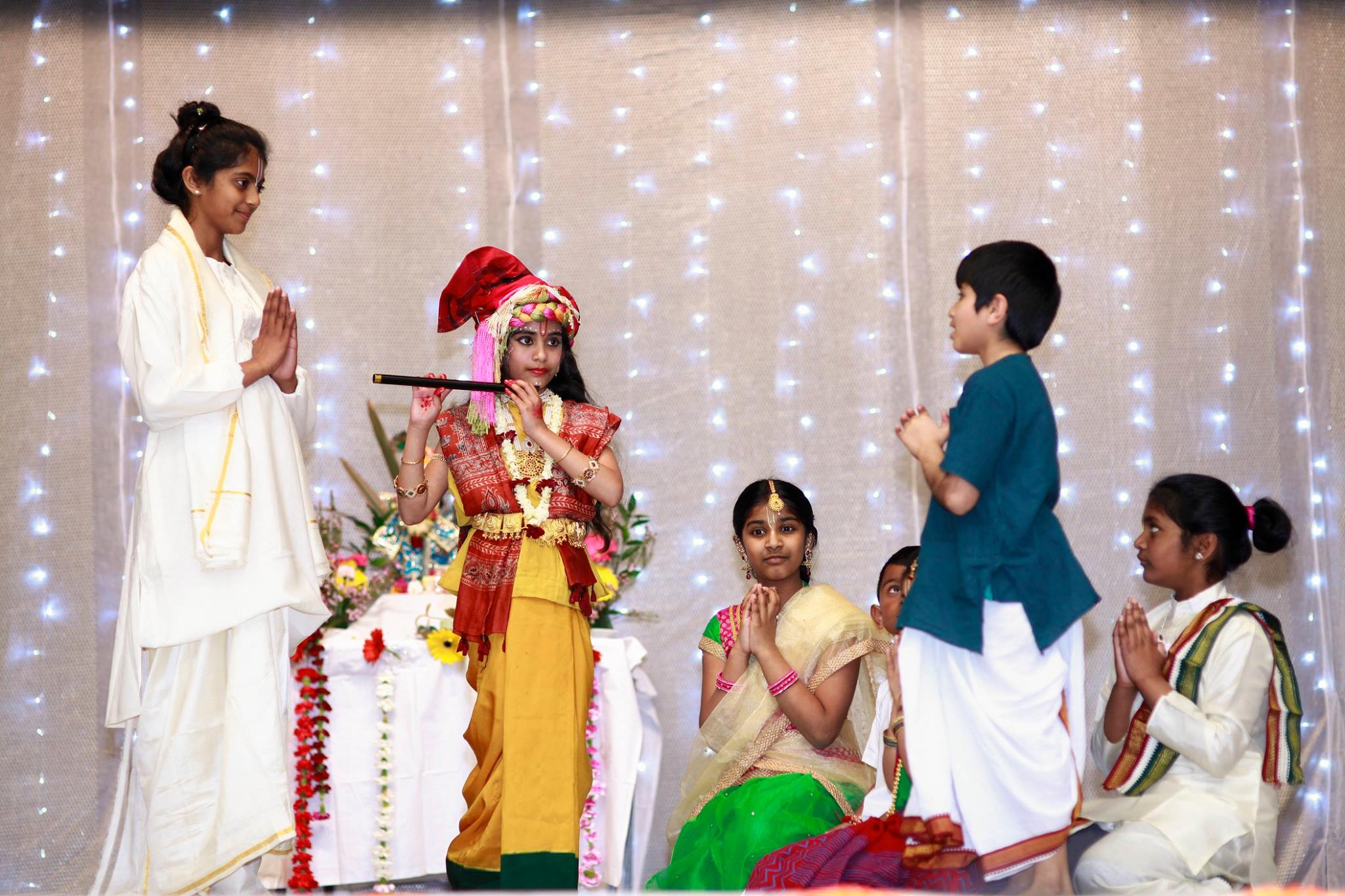 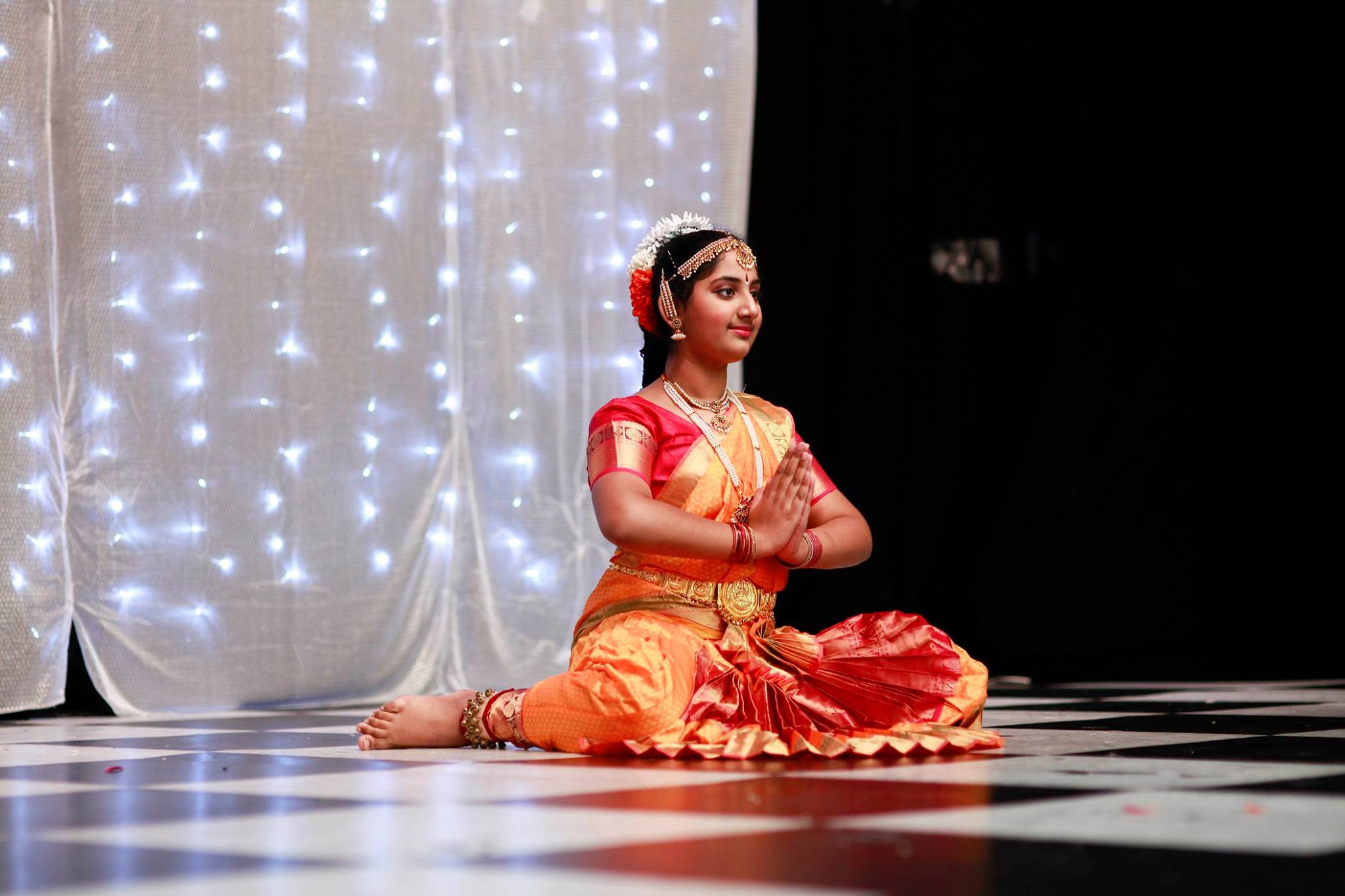 Beautifully planned and orchestrated, the children’s enactment of the Sakshi Gopal story charmed the audience into silent attention and drew tremendous applause. This was followed by a graceful Bharatanatyam dance set to a song welcoming Lord Krishna into our lives. The sloka recitation competition was no less engaging as children rendered verses with perfection, leaving a fascinated audience wishing that they had better memory retention. The event concluded with the distribution of prizes for the sloka recitation as well as the children’s colouring competition.

As is traditional with every ISKCON event, free dinner prasadam was offered at the end of the event. But attendees were also offered the option of purchasing snacks such as pizza, chaat, samosas and gokul tea during the program. H.G. Anang Manjari Devi dasi never fails to deliver when it comes to delivering prasadam with military precision. And as expected, the delicious prasadam was snapped up by the attending devotees as they lined up in queues in front of the food stalls. The diligently managed book stall with devotional items added the finishing touches to this Krishna Conscious event.

It was an environment of joy, cheer and celebration as the crowds moved in and out and around the venue during the Janmastami program celebrations. As the event came to a close and the venue emptied out, the sounds of assemblage and the boom from microphones were replaced with low chatter and light footsteps echoing around an empty hall. Small groups of devotees moved along thin imaginary trails with singular focus – cleaning, moving or disassembling. One may almost miss the small but essential elements nestled amidst all the activity – the sharing of memories, the laughter of devotees and the frolic of children. It is this cherished, close association dotted by those small but essential moments of happiness and fun that spurs this small devotee community to move mountains with their service to Lord Krishna. These are the mountains moved by the showers of mercy. 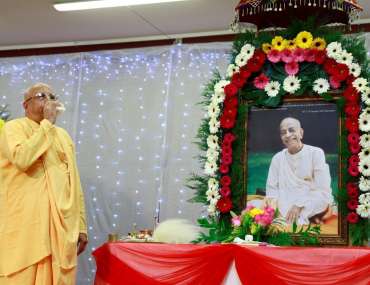 The Mercy Cloud Showers on Wellington 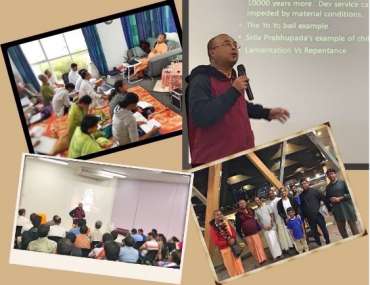 Why does God allow suffering?