Vyasa-puja is one of the most auspicious days, awaited by disciples, looking forward to experiencing Krsna’s special mercy through the embodiment of Guru tattva – their own Spiritual Master. It is an opportunity to relish intimate association with ones Guru and perform both vapu and vani seva. This year (2018), the service to celebrate the 74th vyasa-puja of HH Vedavyasapriya Swami Maharaj was endowed to the small budding Vaisnava community of Wellington, New Zealand.

While all disciples eagerly await this day, their aspirations to reciprocate intimately with ones Guru may be restricted by many factors such as – the sheer number of disciples, organisational set-up, logistical difficulties, communication issues and time constraints. Therefore, everyone may not be able to fully relish all mellows of this spiritual reunion. To circumvent these limitations, the Journey of Self Discovery Wellington team undertook months of brainstorming and preparation to deliver a novel Vyasa-puja experience for their God brothers and sisters travelling from many parts of the world – Australia, India and New Zealand. This was no easy a task, but by the grace of Guru and Gauranga, the one-week visit of HH Vedavyasapriya Swami Maharaj was decorated with many events and opportunities for everyone to intimately engage and associate with Maharaj, including a two day retreat in the private and serene retreat centre of Otaki.

As devotees started pouring in from different geographical locations, the first program was held on the afternoon of Maharaj’s arrival. Straight from the Wellington Airport, he graced the home of Pundarikaksha Das & Saubhagyalakshmi devi dasi, where all devotees relished Maharaja’s lively association and spiritual discourse in a relaxed ambience. Concluding the evening with dinner prasadam, everyone resumed preparation for the 74th Vyasapuja celebration to be held the day after. 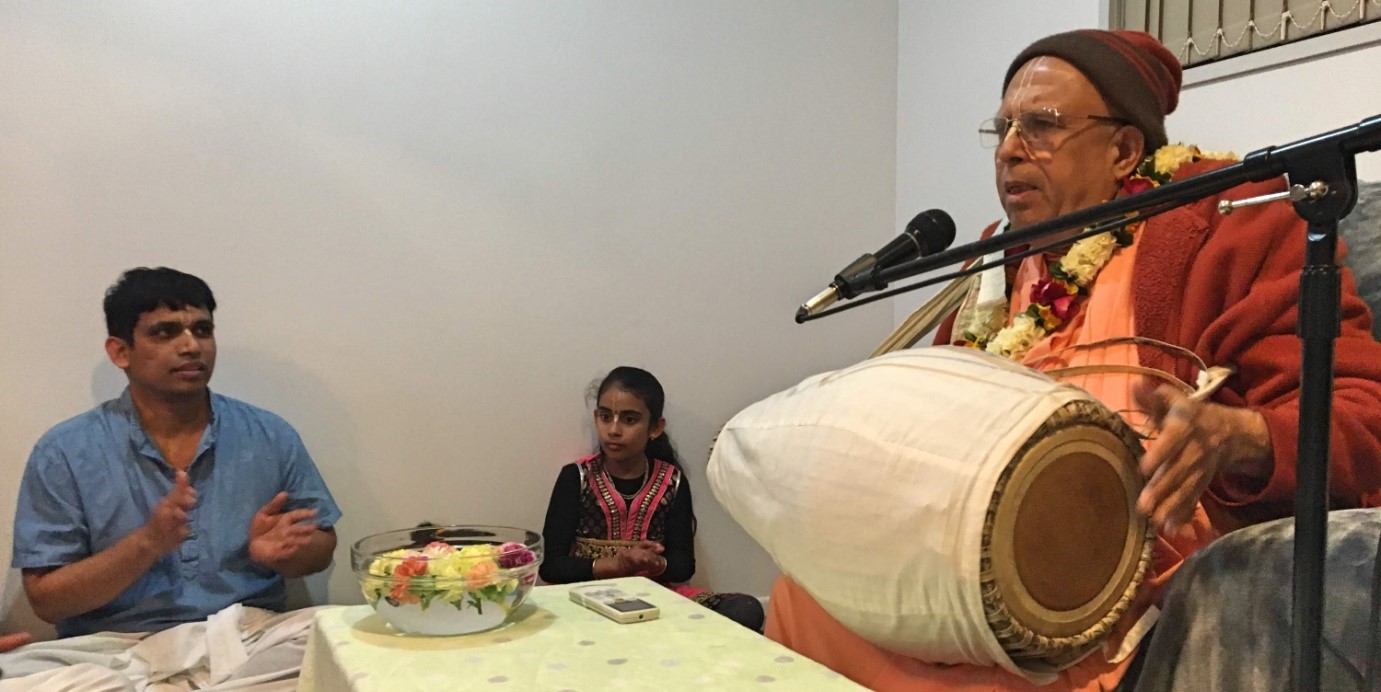 Finally, the day arrived. HH Vedavyasapriya Swami Maharaj reached the venue with his god brother, HG Kalasamvara Das. As they walked through the red carpet to take vyasa asana, all devotees showered flower petals to welcome these exalted personalities. The ceremony began with the usual fervour. After Srila Prabhupada’s arati, all disciples performed vapu seva by washing Maharaja’s feet. It was also their good fortune to perform this seva for another exalted devotee, HG Kalasamvara Das. 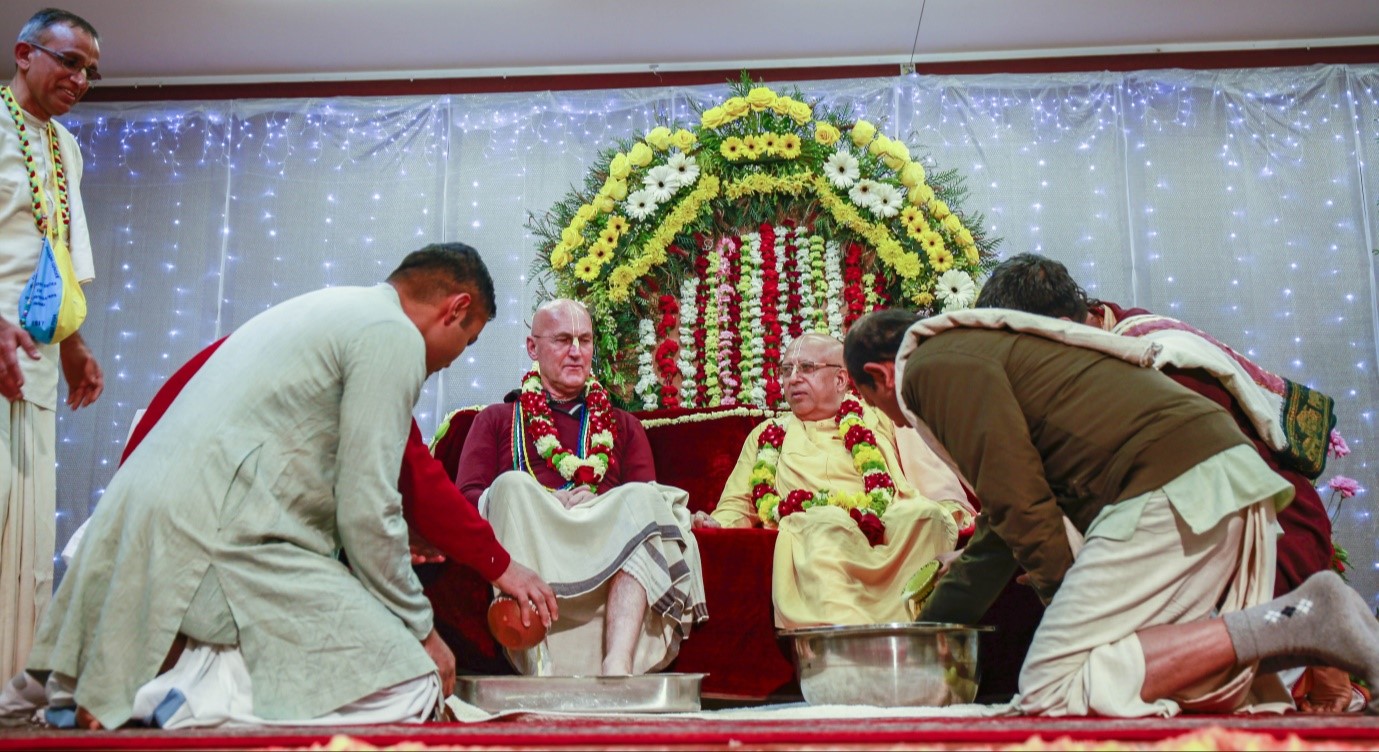 Acaryas enjoin that Krishna’s mercy can only be accessed through the spiritual master (yasya prasadad bhagavata prasado), and it was indeed Maharaj’s special compassion on Wellington community to have invited HG Kalasamvara prabhuji, so that they could receive double the blessings by serving another senior Vaisnava. The Vyasapuja book was then offered to Maharaja and later the well-wishers & all disciples eagerly queued up to pour their hearts out during Vyasa puja offerings. They expressed their heart-felt gratitude for the numerous ways Maharaj has touched and transformed their lives. This was followed by pushpanjali, Mahraja’s arati and the cake cutting ceremony.

The evening concluded with an elaborate prasadam. However, the joy of this wonderful association was far from over, as the host of different events, planned for the rest of the week, ensued.

Set in 32 acres of parkland, Tatum Park, near Levin, was the perfect rural setting for a spiritual congregation.  The next two days were jam packed with several spiritual discourses, kirtan, Harinam initiations, walks through the groves of Tatum Park with Maharaj, and delicious prasadam. These spiritual discourses were centred around Vaisnava Etiquettes, primarily focusing on the etiquettes to be followed in our relationship with the holy name. Maharaja quoted Srila Praphupada saying that 99% of our spiritual advancement comes from chanting of the holy name. He took his audience through a step-by-step process on how to progress from Namapradha stage to Namabhasa stage. He went on to cover many finer details like Chaya Nama Abhasa, Pratibimba Nama Abhasa, Sudha Nama, Bhava Nama and Prema Nama. Concluding one of these sessions on a humorous, yet factual note, he said demons do exist in this universe, and these demons can manifest in us when we contemplate on a demonic thought or desire. However, one must remember that such demons are not part of our intelligence. Rather, they are part of our mind and the memory attached to our past karmas. Therefore, it should be our intense desire to perform japa as an exclusive daily activity, during an exclusive time reserved for chanting. Such exclusive chanting is a precursor to complete anartha nivriti. 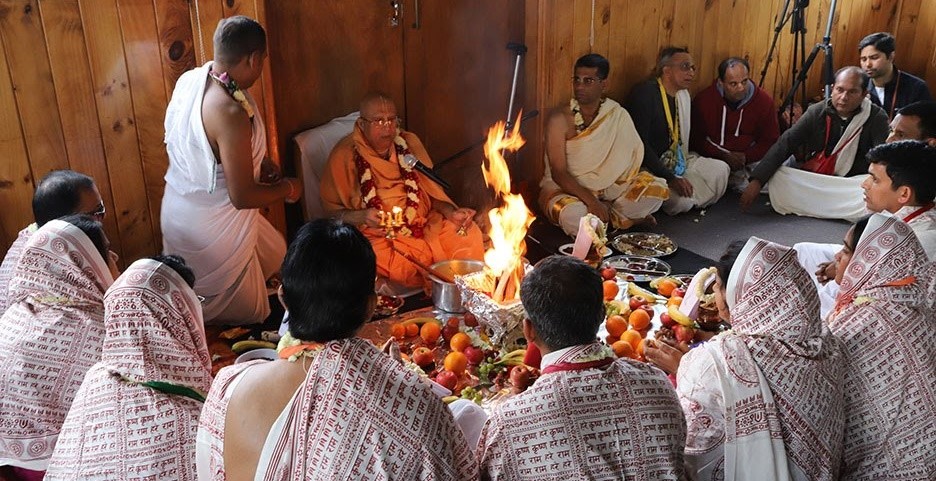 This two-day retreat concluded on Balarama Jayanti. After fasting till noon, on the way back from Tatum Park, the entire caravan of cars stopped at the Otaki beach at mid-day to have lunch prasadam and soak sunshine in a clear bright day on the Otaki beach. Showing his compassion towards the other living entities, Maharaj also mercifully fed the many seagulls gathered around this exalted sage.

Speaking on the occasion of Balarama Poornima at the Wellington ISKCON temple, Maharaj glorified Lord Balarama as the first expansion of Krsna. He highlighted how in every subsequent incarnation Lord Balarama’s sole purpose is to glorify Lord Krsna, serve Him personally and assist in His pastimes. Maharaj went on to assert that Lord Balarama is as good as Krishna Himself, the only difference being that the bodily hue of Krishna is dark and that of Balarama is fair. 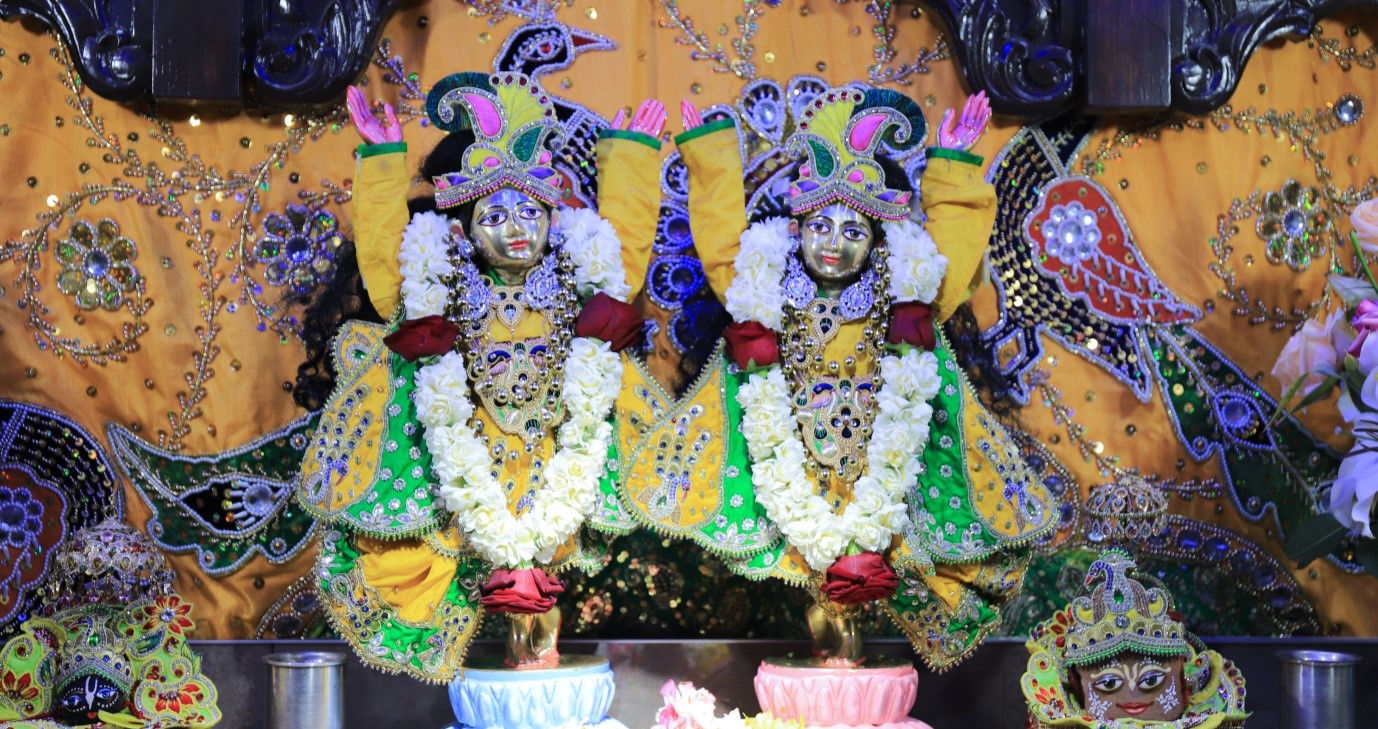 The next (and final) day of this extended spiritual extravaganza was the Deity Welcoming Ceremony performed for the five dancing Gaur Nitais, due to grace the homes of new disciples. Maharaj performed the welcoming abhishekam and arti, after which the Lords were offered nearly 100 Items lovingly prepared by local Vaisnava families. A unique feature of this evening was the special biryani graciously prepared by Maharaj himself for the devotees gathered. It was in fact our duty to serve the spiritual master, but instead he spent hours in the kitchen affectionately preparing prasadam for us. This was a remarkable gesture of his affection and an embodiment of the verse gopi-bhartur pada-kamalayor dasa-dasanudasah (CC Madhya 13.80). As stated in the scriptures, Krishna’s mercy can be accessed through the mercy of the spiritual master. We all experienced Krsna’s mercy through Maharaj’s association, which was so potent and transformational that it touched everyone’s hearts.

All glories to Guru and Gauranga! 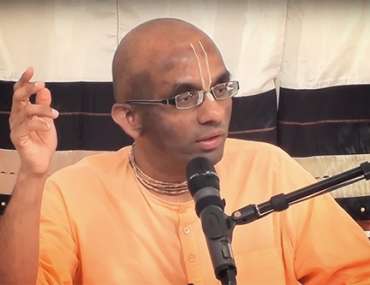